Map borders are a complex and potentially sensitive topic. This article helps explain what data sources we use and the level of control you have over the way your borders display. In general, there are two types of maps: 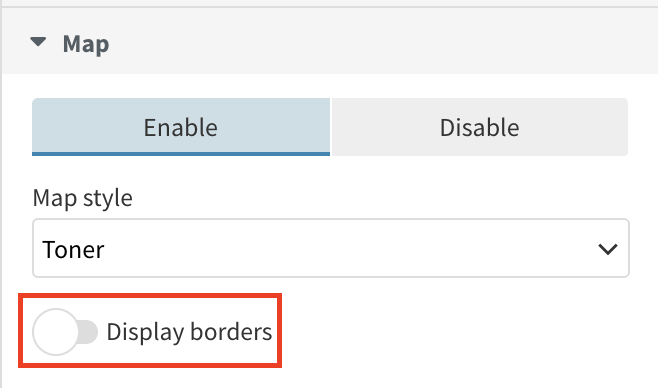 4
Connections globe
The majority of the preloaded skins in the Connections Globe template were created by Kiln and are based on Natural Earth data. If these don't align with the regions you would like to use, you can use the additional satellite image option, which doesn't display any borders. The source of this is NASA Visible Earth. You can select it from the Design > Globe surface settings dropdown. 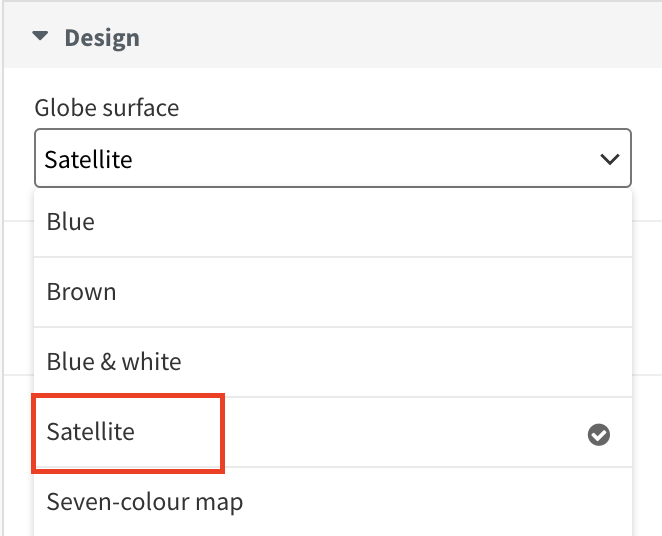 Another option is to upload your own skin. To do this, use a map with a Plate Carré (equirectangular) projection to ensure the countries are correctly positioned on the globe.
Last updated on November 7, 2022