How to add node headings to your Sankey diagram

There are two types of Sankey diagrams: Sankey and alluvial. A Sankey shows arbitrary flows, where the steps between them (known as nodes) are not necessarily defined points that you would need to label (for example, visualizing losses through an energy supply chain).

An alluvial diagram, however, has discrete nodes that you may want to label. For example, these nodes might represent different years, or simply need to be labeled as Before and After. This is where node headings come in.

1
Make sure your data is suitable for an Alluvial diagram (ask yourself, does it have distinct nodes between the links?).
If so, choose a starting point from the template chooser and upload your data to the template. 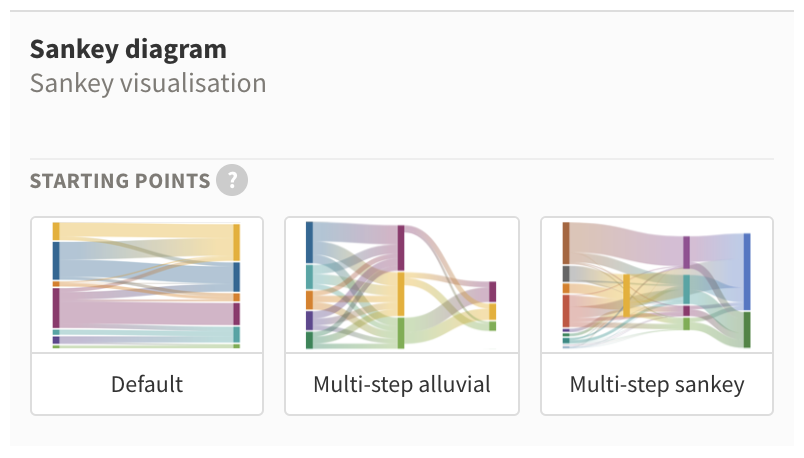 Under Format, make sure the mode is set to  Alluvial (step-by-step). 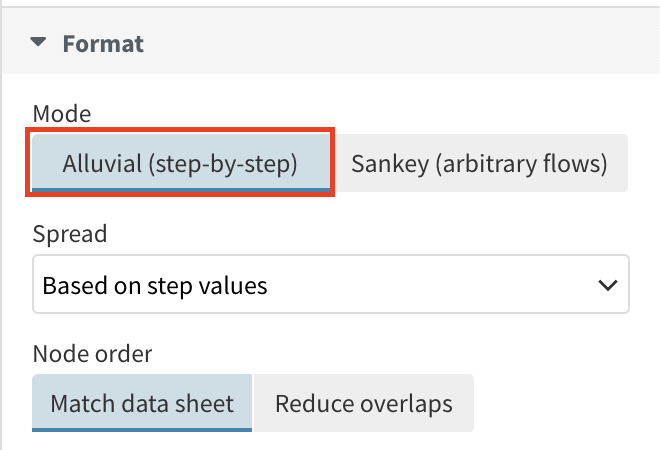 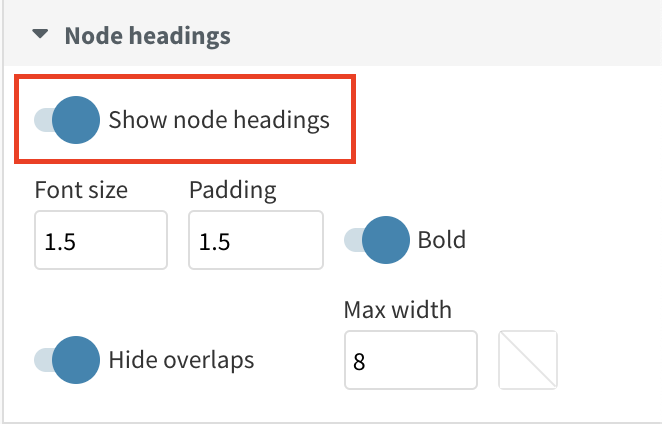 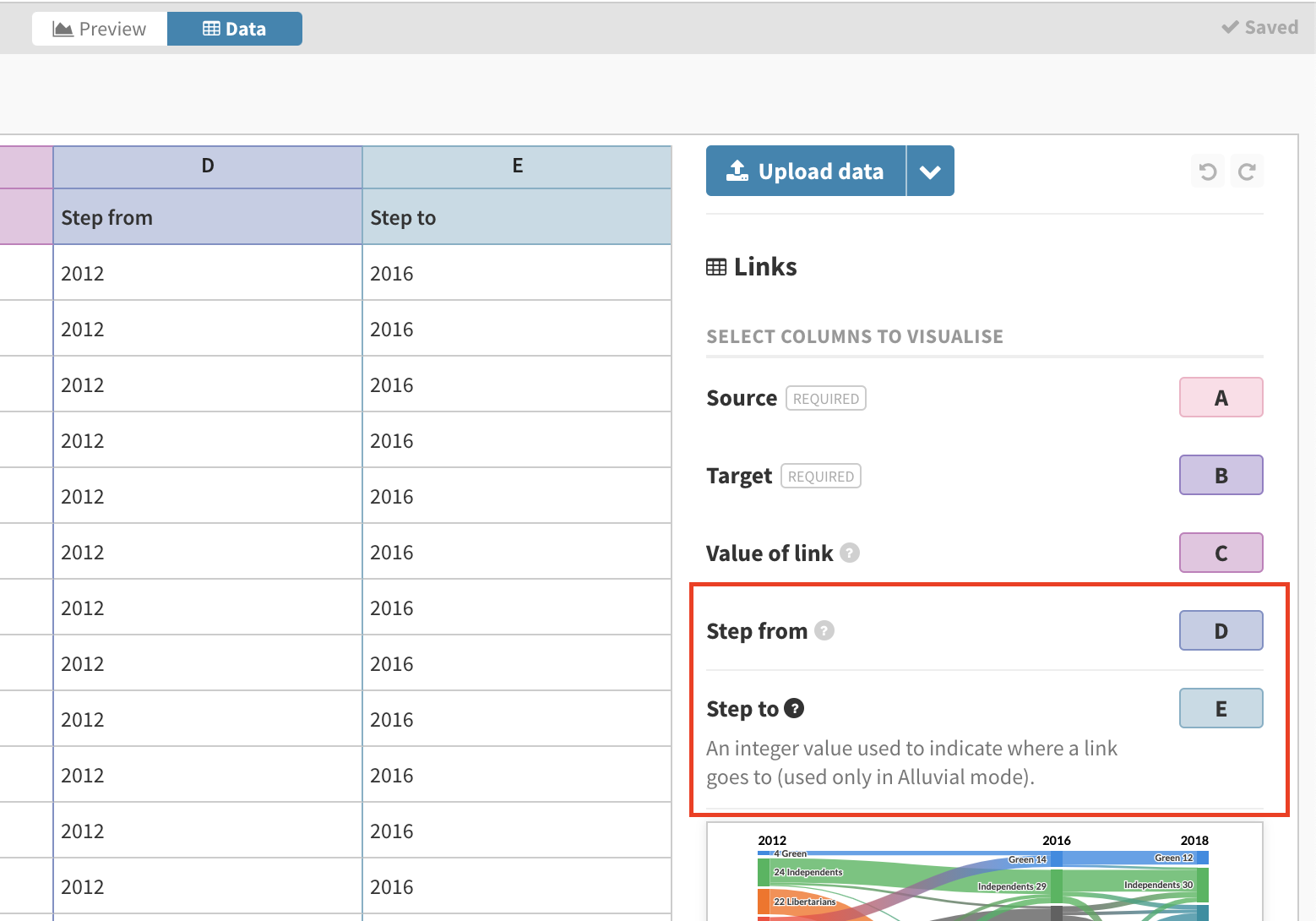 5
Under the Node headings settings, you can customize what your headings look like, including font size, padding (between the headings and the main diagram), color, and whether to bolden headings. 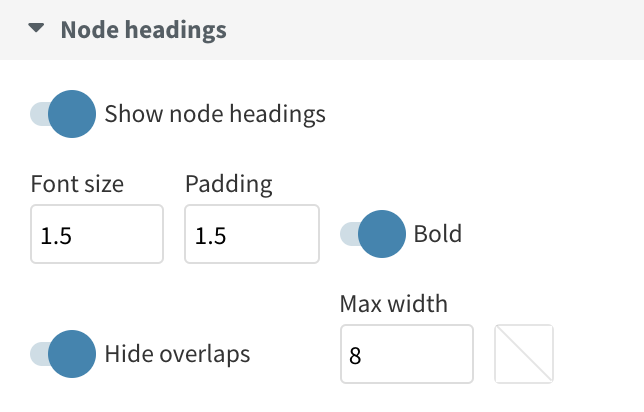 The Hide overlaps toggle will hide node headings that overlap when they are too close together.
Finally, the Max width setting lets you have multi-line node headings by setting a max-width for each heading, after which the text will wrap.

Get started with your own Sankey diagram now! »
Last updated on September 10, 2021